In preparation for our move back to Portland, I felt compelled to spin as much fiber as I could. You know, uh, cuz fiber is so heavy.

I didn’t ply my singles, however, because I wanted to let the singles relax a bit before plying them together. So when we got home, I found myself plying like a madwoman. We haven’t completely unpacked yet so I don’t have all my notes on these recent spins. Oh well. 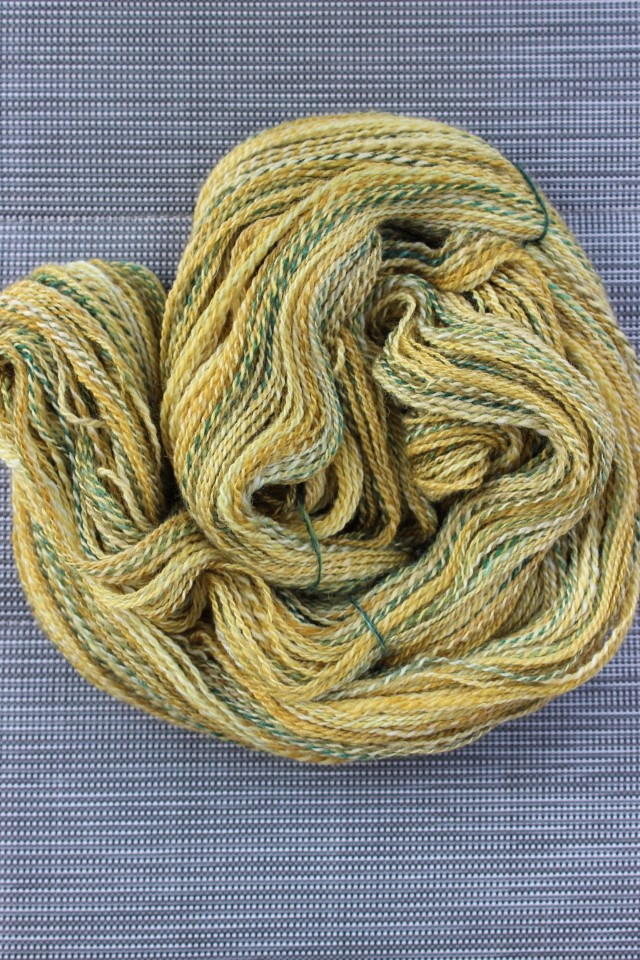 This is Hello Yarn’s “Slither” in BFL/silk. This was spun fractally and loosely plied.

This is from A Verb for Keeping Warm in “Octotillo.” One piece was superfine merino, and the other was 80% merino/20% silk. We stopped off at this store in Oakland on our way home. Most of it is a two-ply, and the grapey purple is the leftover, which I then chain-plied. More details about our visit to this awesome store later.

Little A, how did this happen? How did you grow up so quickly before my very eyes? Did I not pay attention carefully enough? How did I let the busy routine of life distract me from seeing what a big girl you’ve become? 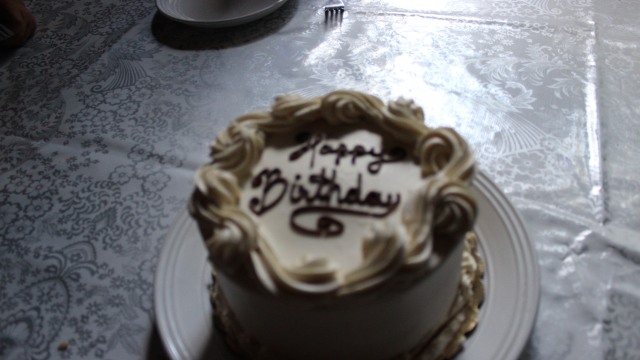 This past weekend, we celebrated Little A’s sixth birthday with some good friends whose son, Little J, was born just one day earlier. They have known each other all their lives, and with the exception of last August when we were in San Antonio, they have also celebrated every birthday together. We stayed in a cabin in the Gifford Pinchot National Forest, about an hour and half from Portland in Washington. The cabin, nestled in a lush old growth forest, was once a guard station. There was no electricity and no running water, but no one seemed to notice. 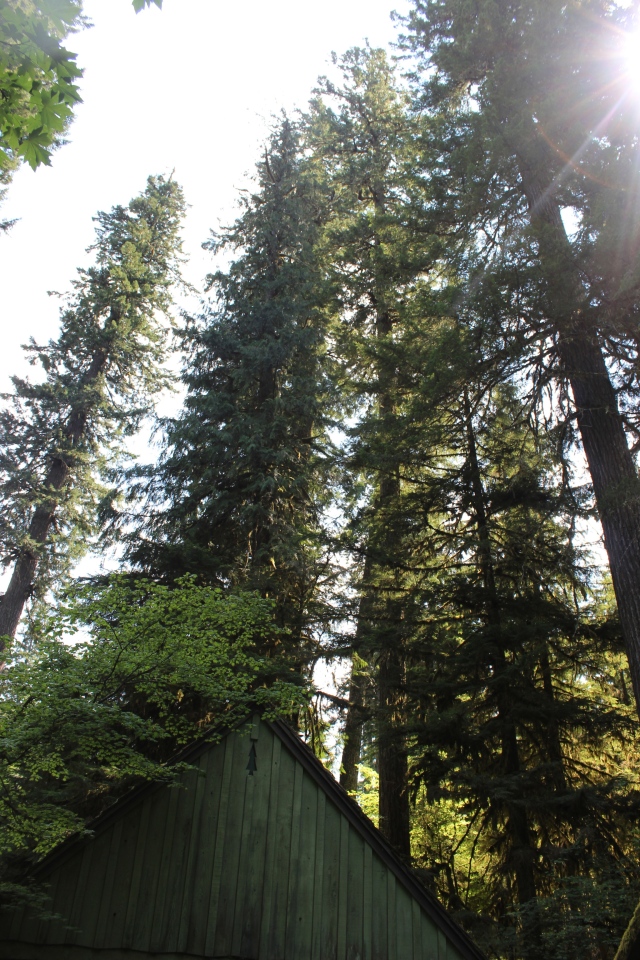 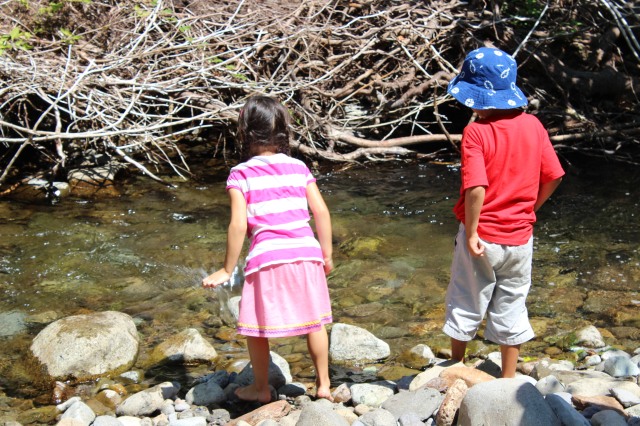 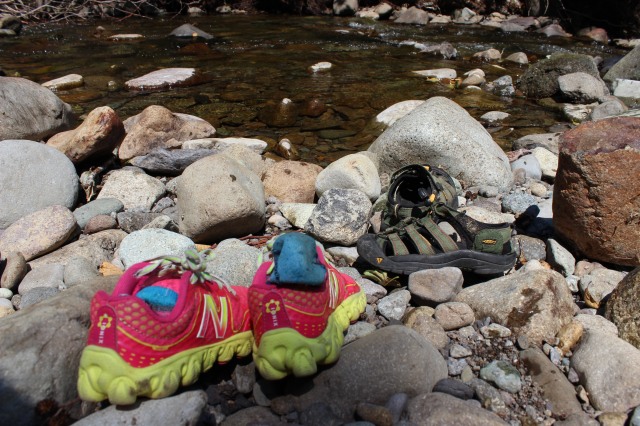 On the morning of Little A’s birthday, we went for a walk to a nearby waterfall. Little J’s sister, Little N, worked hard to keep up with the big kids.

It took us about two hours to get to the waterfall, a 1.7 mile hike. There were some whining and grumbling along the way, but also shouts of awe and glee as we came upon gigantic slugs and beetles. 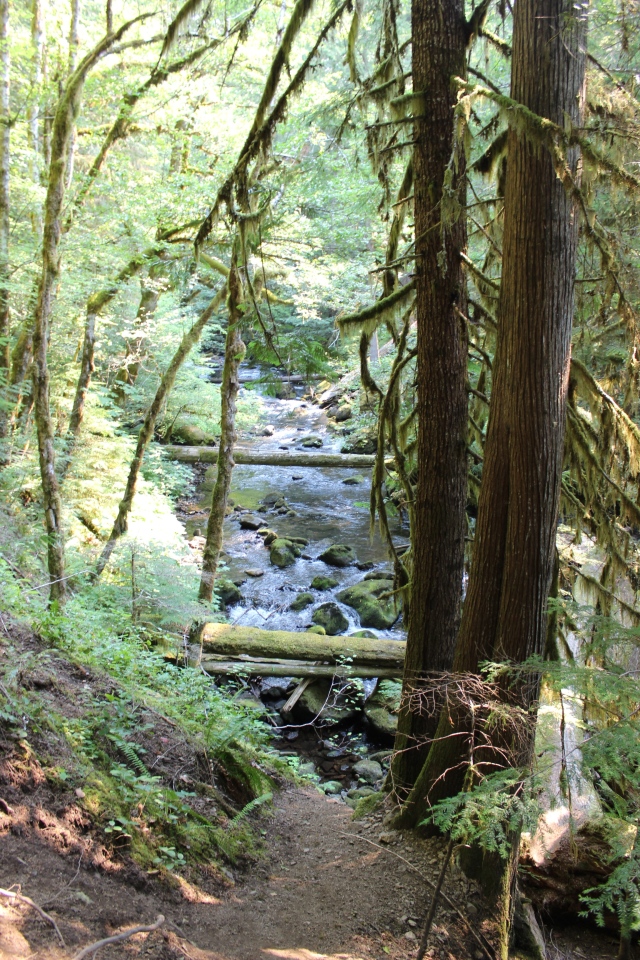 This trip was not just a reunion but also a homecoming, a return to the landscape and a rhythm of life I missed. I know that this was not the kind of birthday celebration she had become accustomed to attending, as the parties in San Antonio had a lot of bells and whistles and often involved glitter, make overs and party favors. I hope that when Little A thinks back to her sixth birthday, she will remember it as the day she walked through tall and ancient trees to a waterfall, sat on a rock, and enjoyed snacks with her best friends as they took in the marvel around them. 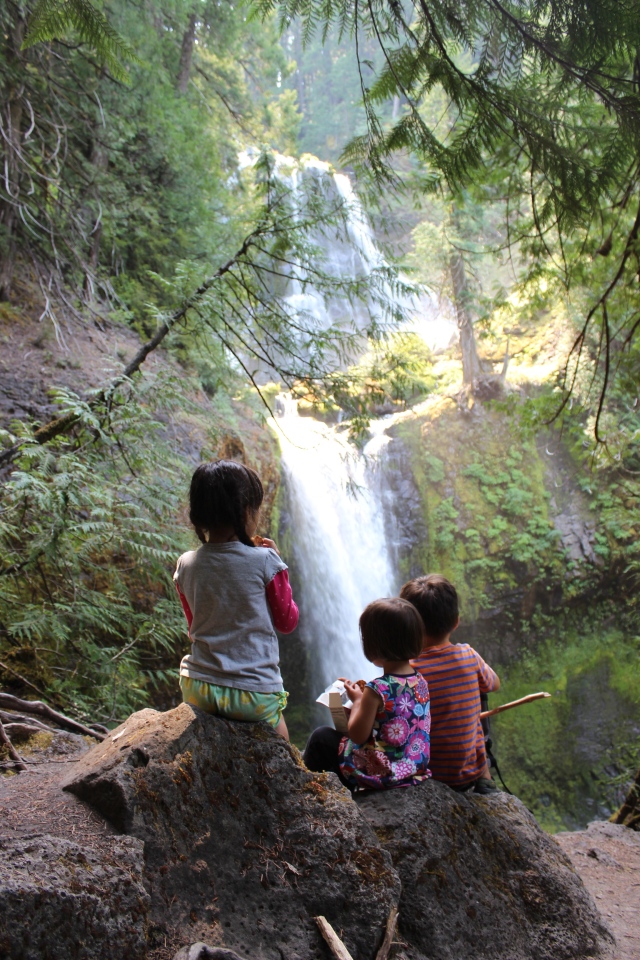 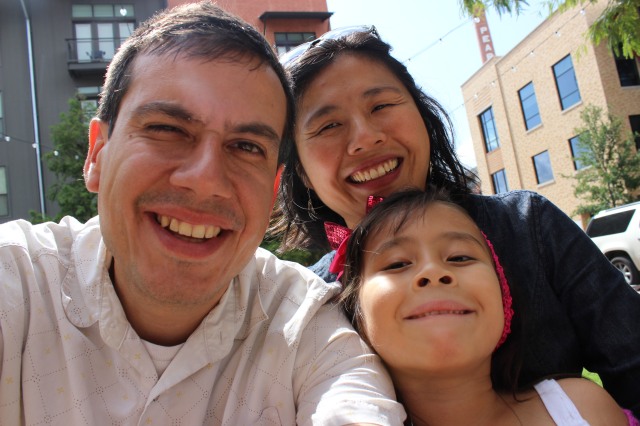 On the last day we were in San Antonio, after the movers had taken our furniture and boxes, after we scrubbed the apartment clean and loaded up our car, we went out to the little square that anchors the Pearl Brewery, where we spent the last 13 months, and took one last photo of ourselves outside our favorite cafe, Local Coffee.

So much distance and time to cover between this photo and the present. I may or may not try. 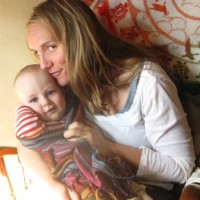 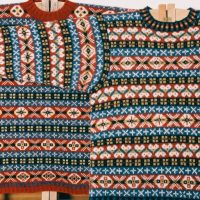 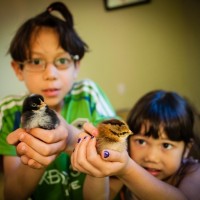 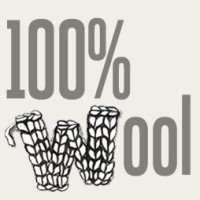 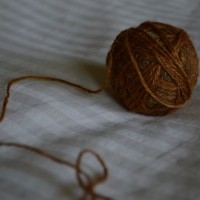 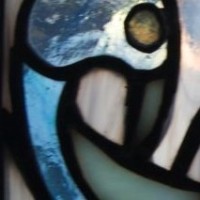 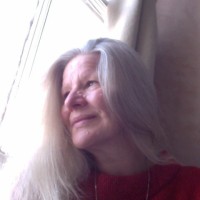 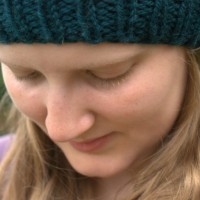 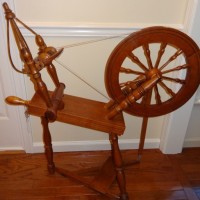 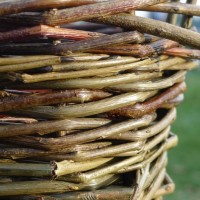